They have been very successful in the area of car rental so why move into ground transportation? They realised that this market was changing in a number of ways:

Many countries prohibit non-nationals to drive. Where they can drive, the local infrastructure can be intimidating which creates anxiety about driving in foreign countries.

Technology has changed how we move ourselves about, Uber and Free now are just two disruptive examples.

Integrate the existing CabForce product into CarTrawler, so that it could be another product offering for partners and consumer sites. Some of the considerations:

What we had to deliver 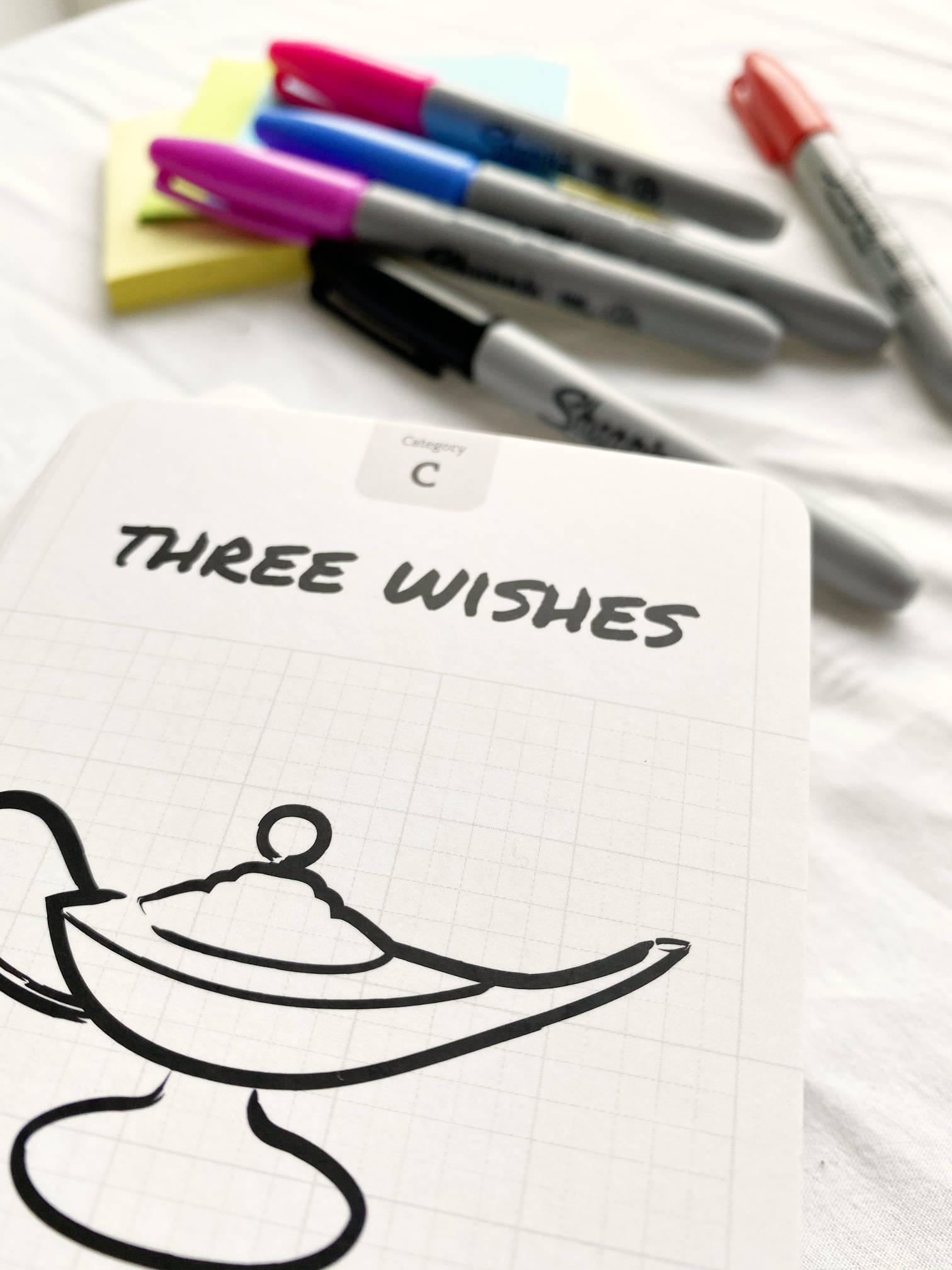 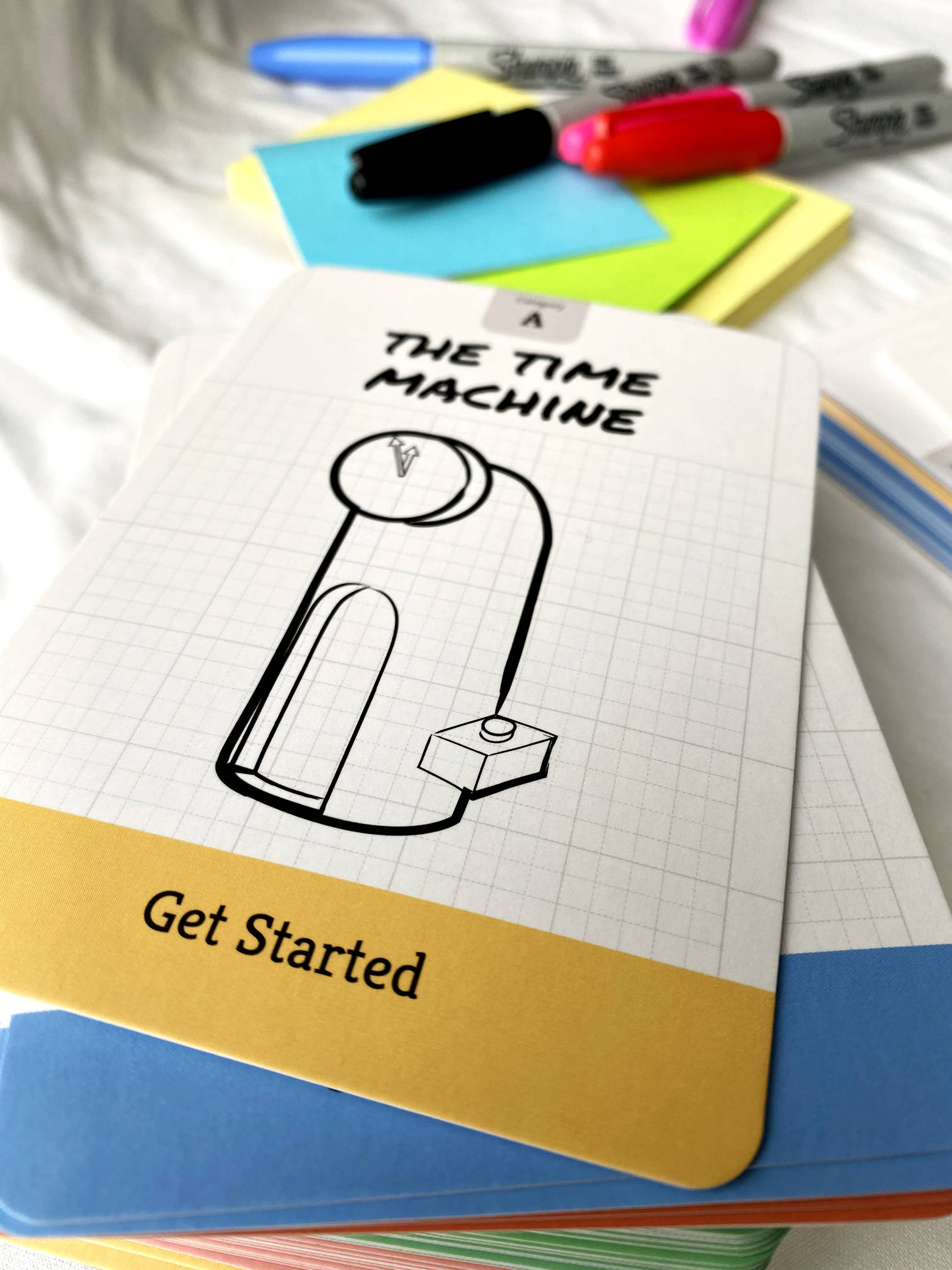 Using agile development methodologies we could rapidly work towards the goal of delivering a minimum usable product (MUP). With the MUP we would then to be able test and refine the product as we progressed. The approach we took was as follows

Cabforce gave us access to a considerable amount of data that they had accumulated. From the data we could get: journey trips, frequency, location and the leisure or business split.

This would give us a clear indication to our main target persona. Other competitors were analysed to assess core functionality, best practice and discover potential gaps in their implementation.

Example of one of the presonas 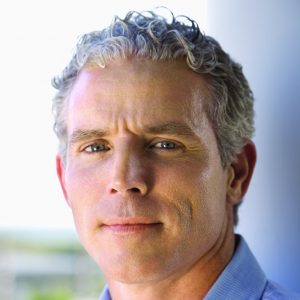 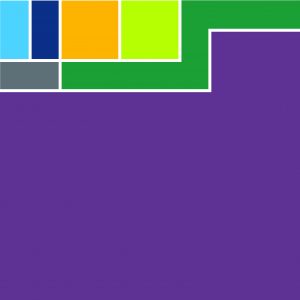 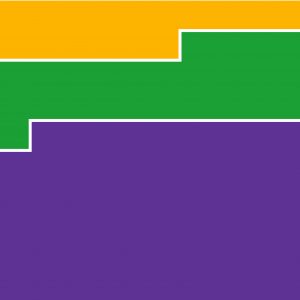 From the research we created proto-personas, taking the personas we built up use cases and likely features for the minimum usable product. The original workshop took several hours and was a very good basis to use as a priority list and information architecture. As more information became available it was adapted.

One of the advantages of user story mapping it helps give you and other members of the team a sense of scale and a good overview of the project. 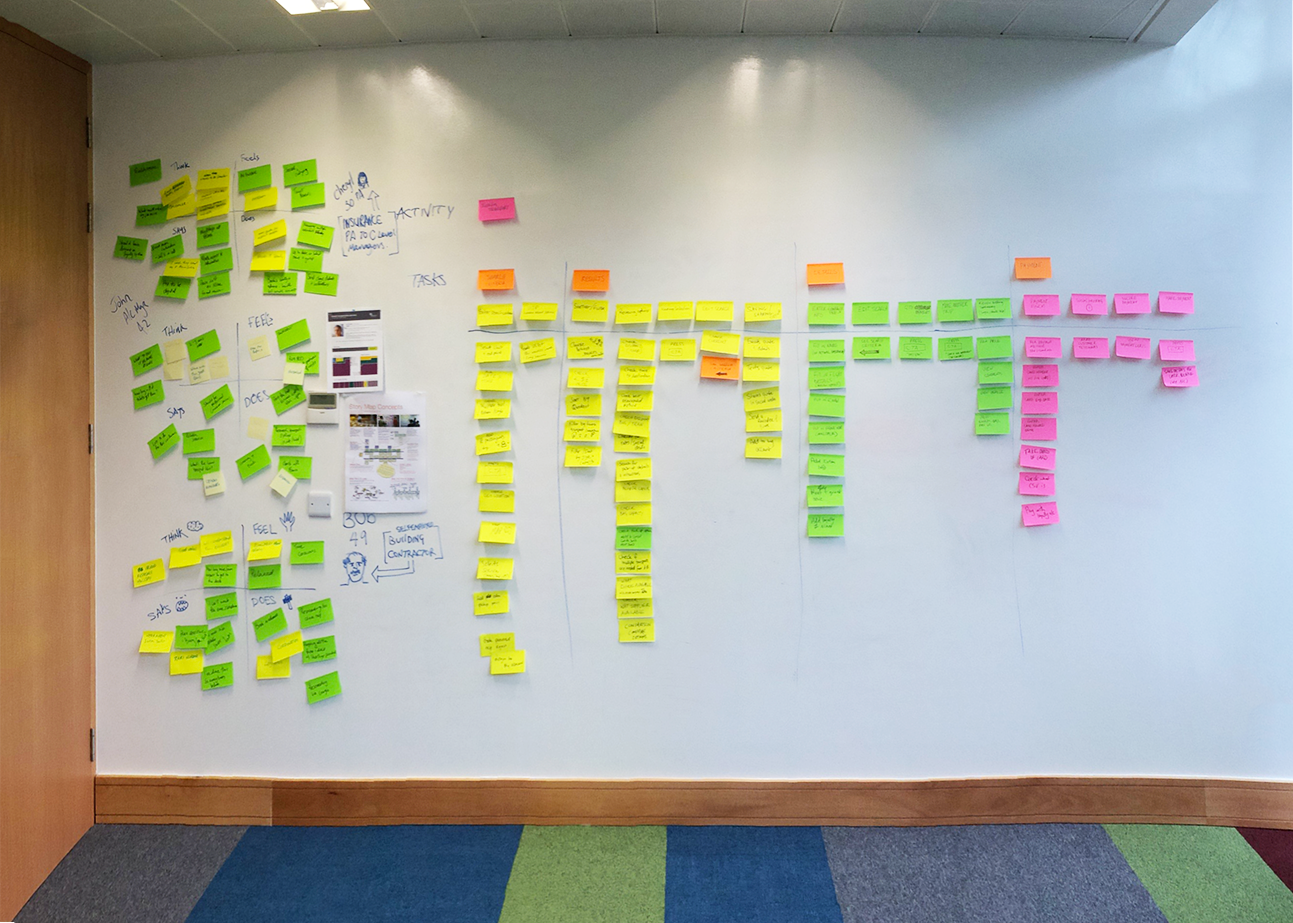 After the story mapping workshop was completed the data had to be processed and analysed. Gaps and other shortcomings were uncovered and discussed. The story mapping should be seen as a living document, one that was always going to evolve as information was uncovered.

Workshops were undertaken to assess the information architecture. What were the steps required to book and what were the best way to present these steps.

The ideation sessions were undertaken with the whole team when possible (several of the developers were in Finland) as well as with other UX designers from CarTrawler.

Despite several alternative ideas being suggested and sketched out, the approach taken for the minimum usable product was to try and keep as close to the existing style that was already established in CarTrawler. This had several benefits:

The pattern library had data behind it to indicate what was working. This could be used and tested against the new ground transportation service.
There would be less development overhead, helping speed up the development time.

The other ideas were to be considered for tests and when more data was available. As this was a minimum usable product the focus was on releasing a service within six weeks, so speed was the key. 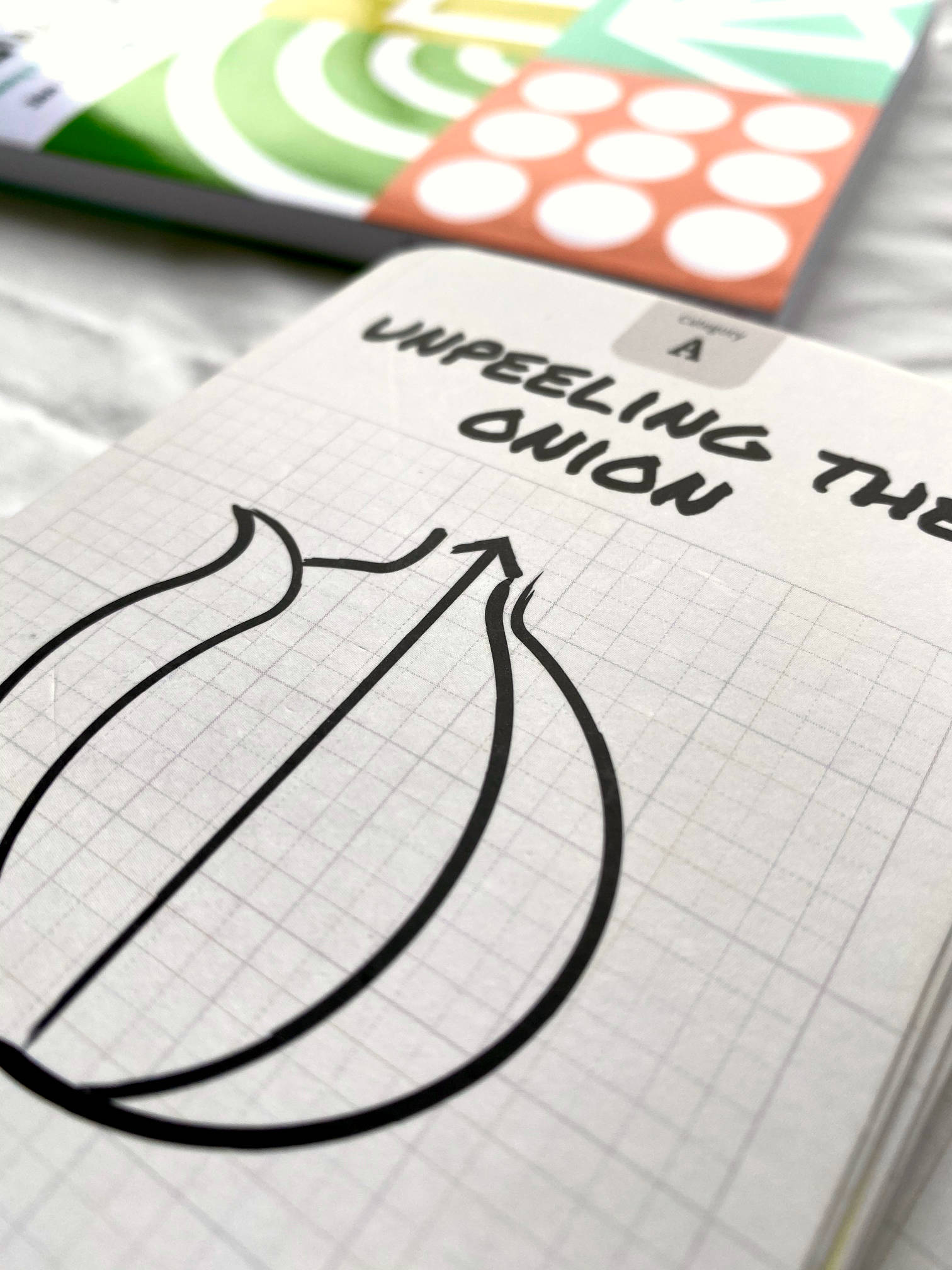 During the ideation workshops many sketches were created. They were rationalised into wire frames. As more data became available the wire frames could be updated when required.

As the project progressed more data became available and the desktop version was prioritised as it accounted >40% of sales on Cartrawler partner sites. 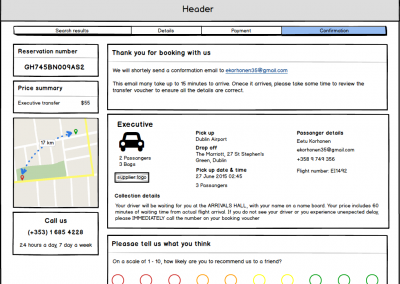 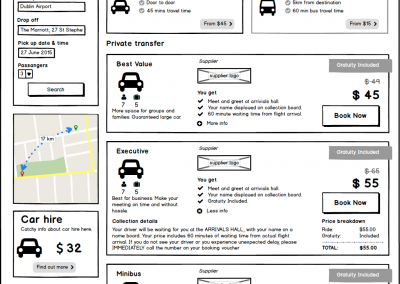 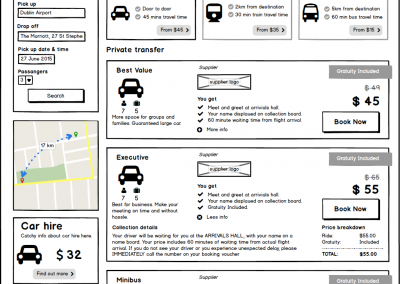 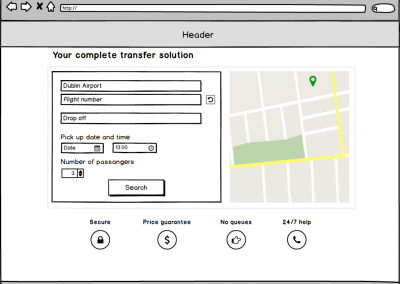 Once all stakeholders had been consulted and I received sign off for all features that were included in the minimum usable product I began designing high fidelity mock-ups. Sketch and PhotoShop were used as was Invision to keep team members and stakeholder up to date on the design developments.

As anyone involved in UI design will know there were many iterations of the mock-ups, here are some examples. 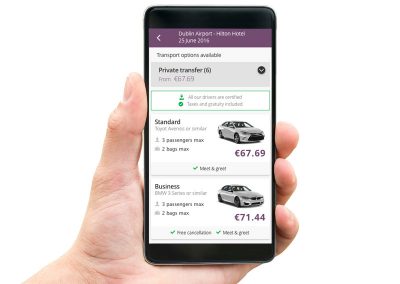 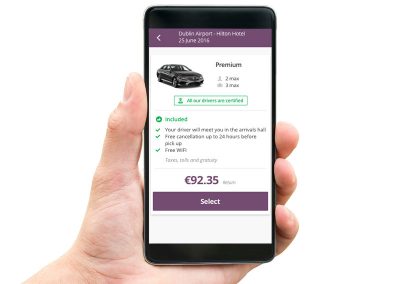 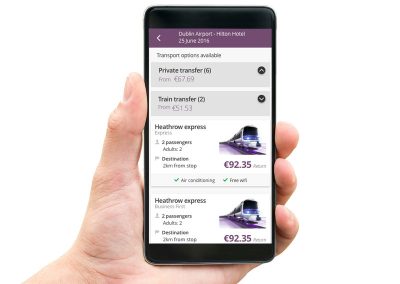 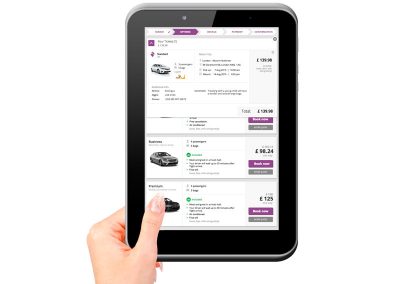 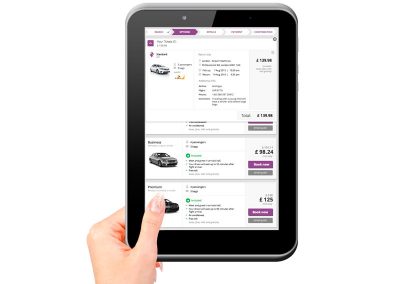 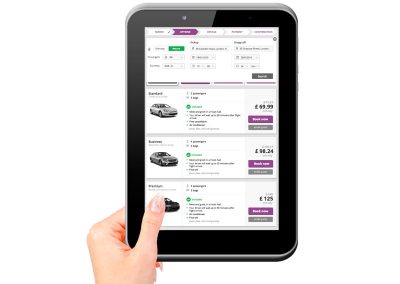 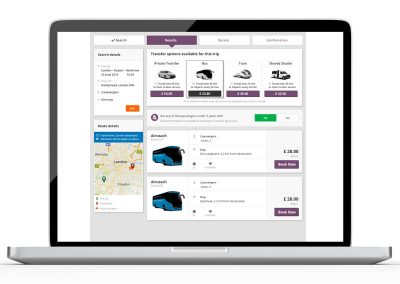 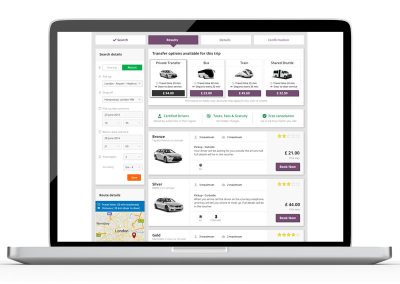 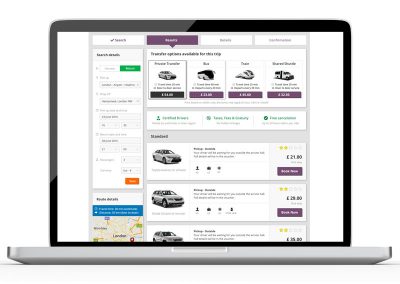 If you want a great site, you’ve got to test. After you’ve worked on a site for even a few weeks, you can’t see it freshly anymore. You know too much. The only way to find out if it really works is to test it

Having a good indication as to what you think you should build and what the customer actually wants can be very different. Two sessions of moderated user-testing was conducted for the MUP.

The pre-release testing encompassed click through invision prototypes. This was conducted in-house with volunteers from Cartrawler. The volunteers were picked on the criteria that they had no prior knowledge of the ground transportation product. The participants were given a task-sheet and asked to make a booking unaided by the moderator. There were several scenarios that participants were asked to perform. They varied from booking a one way, return or multi trip.

Shortly after the release more user testing was organised. An external agency was contracted to source the participants and the interviews were conducted in their labs. 10 participants were engaged and the insights from those tests were analysed and prioritised.

The insights from the testing were used to implement improvements.

Plans are nothing; planning is everything

34th President of the United States

One of the biggest advantages of working in an agile development is you get to work much closer with the team members. Giving everyone on the team new and varying perspectives resulting in insights into your own work, which feeds back into the process, resulting in a better product, fostering a greater ownership of the product.

The Ground Transportation product was well received, initial user testing and partner feedback feedback were positive. With more partners using the service this will enable the team to find out more about the product. Which in turn will help with setting up tests and improving the product features, contributing to the design feedback loop.

The minimum usable product delivered is a valuable asset to the Cartrawler product suite and will continue to be in the future.